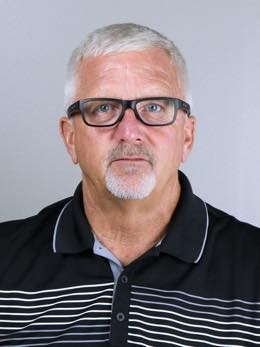 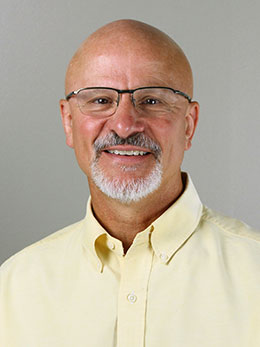 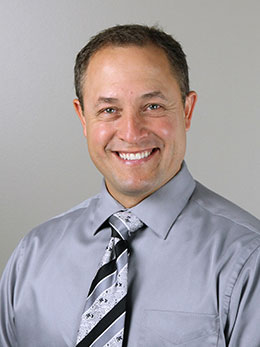 CVFI, CIFI, Fire Investigator, Technician
Kelly LaFollette earned a Bachelor of Science in Economics with a minor in Psychology from the University of South Dakota in 1991. He then accepted employment with a large national insurance company, where he worked as a claim representative for more than six years.  Eventually progressing to the Special Investigative Unit where he investigated claims with indicators of insurance fraud for more than seven years. 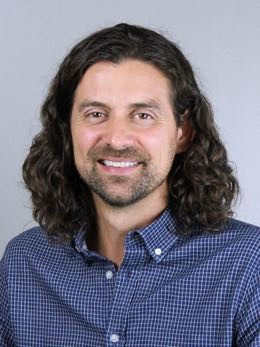 P.E. – Electrical Engineer
Todd is the Vice President of IFIC and has been involved in forensic electrical engineering since 1996. Todd has earned his Bachelor of Science in Electrical Engineering and Master of Science in Engineering. He is a Licensed Professional Engineer in Iowa, Illinois, Kansas, Minnesota, Missouri, North Dakota, South Dakota, and Nebraska. Experienced with investigations of residential and commercial wiring, vehicles, HVAC, consumer electronics and industrial process controls, Todd draws from a diversified knowledge base. Todd also serves as the Chaplain for the Iowa chapter of the International Association of Arson Investigators. 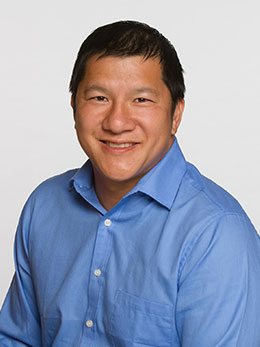 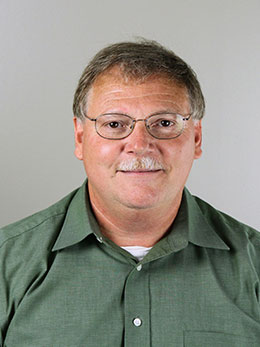 CFEI -Fire Investigator
Ken has been in the fire service since 1980, having served on three fire departments in Nebraska and attaining the rank of fire chief. He began his fire investigation career with the Nebraska State Fire Marshalï¿½s Office in 1985 and spent seventeen years with that agency, attaining the rank of investigator. In his career, he has investigated more than 4,300 fires, has testified in more than seventy criminal and civil cases in four states and has become nationally certified as a fire and explosion investigator. He has continued his investigation career in the private sector since 2002. Licensed Private Investigator in Iowa and Kansas. 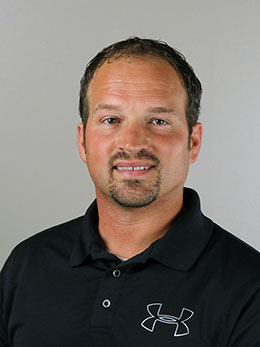 Mark Sloup earned his Associates of Applied Science Degree in Fire Protection Technology from Southeast Community College in 2003.  Mark began his career with the Nebraska State Fire Marshal’s Office in 2003 where he performed Life Safety Code inspections before spending nearly eleven years as an investigator with the agency.  Mark earned his Nebraska Law Enforcement Certification in 2006 and has since conducted nearly eight hundred fire and explosion scene investigations.  Mark has testified in numerous Nebraska Criminal Court cases.  Mark is a National and Nebraska Chapter member of the International Association of Arson Investigators (IAAI) and a member of the National Association of Fire Investigators (NAFI).  Mark is also a Licensed Private Investigator in Iowa. 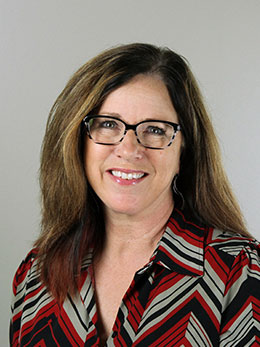 Investigator
Roseanne began her career in the fire service in Nebraska in 1985 as a volunteer firefighter/EMT. She retired after 18 years with the Nebraska State Fire Marshals Training Division as a part-time instructor having taught all subjects related to the fire service. She was an adjunct instructor at Southeast Community College in the Fire Protection Technology Program for 4 years. She is a member of the Nebraska Chapter of the IAAI, and the Nebraska Society of Fire Service Instructors. Roseanne is an Investigator with IFIC and her responsibilities include assisting fire investigators at fire scenes and with background checks, financial checks, as well as theft and fraud investigations. 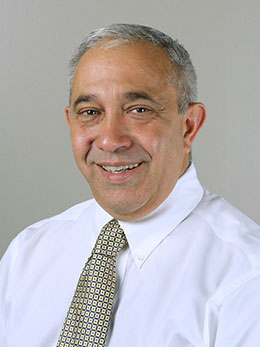 Senior Technical Consultant
For over 21 years, Ghattas has been serving the insurance, legal and corporate communities in matters of high-technology, electrical fire analysis, equipment failure, scope of damage and cause of loss analysis. Ghattas has acquired extensive knowledge regarding lightning and power surge damage to HVAC equipment, industrial/manufacturing equipment and telephone/computer systems. He earned his Bachelors of Science in Electrical Engineering degree from Wichita State University, Kansas. 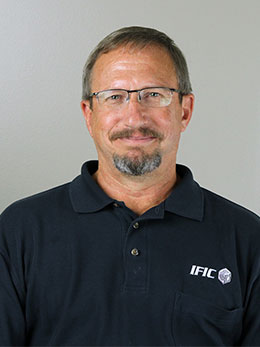 IFIC Wishes all the best to Gordy and his retirement from fire investigation! 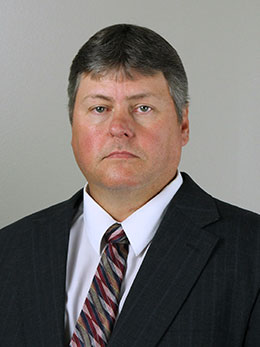 CFEI Mechanical Engineer
Mr. Drews earned his Bachelor of Science in Mechanical Engineering in 1994, and has since expanded his engineering experience and knowledge base to include gas, mechanical, and plumbing systems, as well as overall building construction. This would include analysis of moisture intrusion related issues, damages associated with storm or seismic induced circumstances, wind and hail, structural analysis, and construction related defects or exterior building envelope related issues. He began his career in consulting and forensic engineering in 2002 with a local firm in the Kansas City area. He maintains the designation of Certified Fire & Explosion Investigator (CFEI) with the National Association of Fire Investigators (NAFI) since 2004 and has numerous experiences in court related testimony. He also maintains licenses as a Professional Engineer in multiple states. 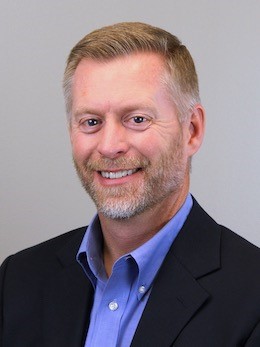 Mr. Niemann was employed for 21 years with the nation’s largest P&C insurance carrier.  He has worked in insurance claims his entire career; handling homeowners, boat, commercial, auto, and farm/ranch claims, as well as managed litigated files.  From 2005 to 2018 he was a member of the Special Investigative Unit investigating fraudulent fire, theft, auto, and other property/casualty related claims.  While in the SIU he honed his investigative skills in interviewing, motive identification, and fraud analysis.

Mr. Niemann is a member of the IAAI and holds a Florida Nonresident All Lines Adjuster license.  He also obtained his CIFI designation through the IASIU. 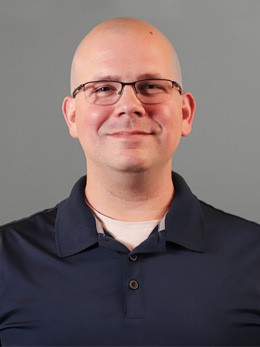 Bret earned his associates degree in Fire Science from Hutchinson Community College in 2009. He has spent the last 8 years as a Firefighter/Paramedic in the City of Papillion, Nebraska attaining the rank of Fire Apparatus Engineer.

Bret is a FAA Licensed Commercial Drone Operator and is an experienced remote pilot, specializing in aerial photography. He is currently working towards his Certified Fire and Explosion Investigator (CFEI) and assists the other Fire Investigators with their origin and cause investigations. 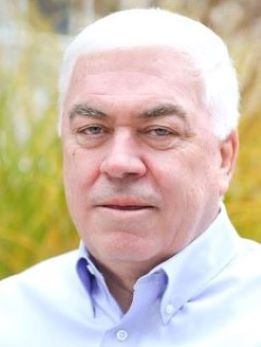 Steve has been in the fire service since 1972 serving as a volunteer firefighter and a full time career firefighter and company officer for 27 years for the City of Bloomington, Illinois Fire Department. He worked as a municipal fire investigator for the fire department for a number of years prior to returning to suppression duties on a ladder company where he retired as a Lieutenant.

Steve has also worked as a private fire investigator working in the insurance industry conducting fire investigations for the past 32 years. He has conducted more than 2,900 fire scene examinations and fire analysis to determine the origin and cause of the fire. Steve has testified extensively in both State and Federal Court as an expert witness. Steve is recognized as an “Associate at the Institute of Fire Engineers in London, England. He is a “Certified Fire Investigator” recognized by the International Association of Arson Investigators as well as a “Certified Fire and Explosion Investigator” recognized by the National Association of Fire Investigators. Steve also attended the ATF National Academy in Glynco, Ga. He is still a member of the MABAS 41 Fire Investigation Team in McLean County, Illinois.

Steve also works as a “Field Staff Instructor” with the University of Illinois Fire Service Institute in Champaign, Illinois. He has worked as one of the lead instructors in the Fire/Arson Investigation Training Program providing instruction to firefighters, police officers and insurance company representatives. He is also a National Instructor with the Public Agency Training Council in Indianapolis, Indiana. Steve has also provided fire investigation training to criminal investigators from various branches of the US Military.

Steve regularly consults with various local and state fire officials as well as law enforcement agencies around the country to provide assistance in fire investigation and fire scene analysis. He has also provided expert assistance to prosecutors in criminal cases as well as to the insurance industry and manufacturers in civil cases. 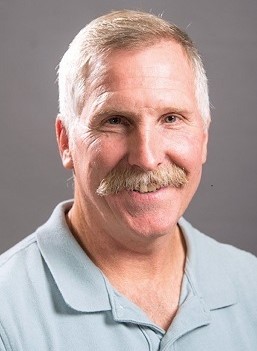 Mike began his career in law enforcement for the Champaign County Sheriff’s Office in 1977 serving 8 years responding and investigating numerous crimes and incidents.

He then began his Fire Service career volunteering with the Edge-Scott Fire Protection District, which led into him leaving the Sheriff’s Dept. for a fulltime career in the Fire Service.

He spent over 30 years with the Urbana Fire Department holding several positions from Firefighter, Company Officer, Division Chief and eventually as Fire Chief.  Mike first became involved in Fire Investigation as a Deputy Sheriff in 1980 and continued attending training and investigating fires throughout his career.  He is still both conducting Fire Investigations and Training Fire Investigators.

Mike then continued his career serving as a shift commander where he was the Incident Commander on numerous fire and emergency scenes. He also helped develop and managed Urbana’s Technical Rescue Team.  He began and developed the MABAS 28 Fire Investigation Team.  He is currently a member of the Sidney Fire Protection District as an Assistant Chief, Investigator, and currently is training Department members.

Mike has also been a licensed Private Investigator for over 20 years, owning and operating his own Origin and Cause Investigation business, conducting investigations in the private sector.

Mike has been a field staff instructor for the University of Illinois Fire Service Institute Training Academy, conducting fire investigation classes and other related fire science fields.  He has taught fire investigation, leadership, and fire management courses at his local community college and with Public Agency Training Council. 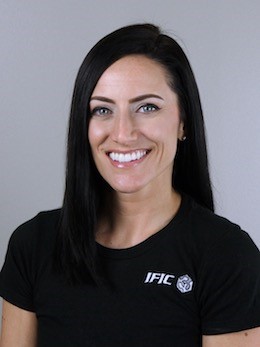 Office Administrator
Meredith administers the file management, billing and the day-to-day operations that keep IFIC running smoothly. She can help you get an investigation started or put you in touch with one of our investigators. 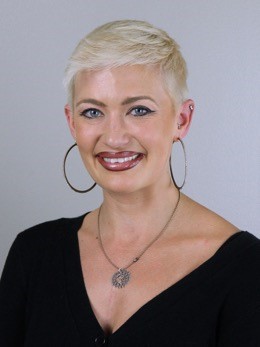 Chelsea Sawyers is certified in Smartphone Forensics and Cellular Technology and handles the cell phone investigations for IFIC.  She performs cellular data extractions on smartphones and maps cellular phone records as received from cell phone providers.  Chelsea is the Evidence Technician and handles entering, billing, disposal authorizations and overseeing inspections when needed.  Chelsea is also a licensed private investigator in Iowa.